Christmas always leaves me with mixed emotions. At times it has been my least favorite holiday for many reasons. However, on the day itself when I saw the kids getting up their eyes open as wide as could be staring at all the presents under the tree. On that day I felt my father's joy for Christmas, understood why it was so important to him. Understood why he took what ever measures to be on earth for his last Christmas in 1987.

When my Dad was flying bombing runs during WW II my mother lived with her parents. When I was born my mother went to work, my Aunt Elsie became my "sister" baby sitter. When Dad returned from the war the three of us moved to a house in West Babylon. The house behind my Grandparents came up for sale, Dad used his GI benefits to buy it. There was just enough money coming in to keep the roof over our heads. Mom had to go back to work, I went back to my Aunt and Grandmother. Over time I just never when "home" again. There were many reasons given for this, sleep, time, etc.. My Dad and Mom worked everyday to make enough money to feed the growing family. The money barley keep the heat on, food on the table, and clothes on their backs. Since there were only four of us in my grandparents house things were a lot better.

My Grandparents backyard backed up to my Parents back yard, separated by a fence. It was over that fence I was passed, like a Christmas package, every Christmas Eve. That was the only eight hours out of the year I lived with my parents and siblings. I once had a room in my parents house that I occupied for eight hours, once a year. Every year around 9pm I'd be lifted over the fence, later I climbed it, to be stuffed in to bed awaiting Christmas morning. In the early years it was my sister Carol and I who looked in amazement at the huge tree under which seemed to reside hundreds of present. Then over the years came brother Tom, Sister Ann, Brothers Robert, Frank, Danny and Kenny. By the time the four younger brothers came along I was no long climbing the fence, but driving my car.

On Christmas day we would get into my Dad's car, which had no heater, bundle up for the ride to Grandma and Grandpa Cooke's house. My Dad would begin to sing Christmas Carols, Mom, my sister and I would join in. We had to be back at Nana and Pops by 4pm for dinner. The family would gather around the Christmas tree, presents distributed, then it was time for dinner. Great Grandpa and Grandma, my grandfather's sisters and their families sometime twenty people. We gathered around a table made for six laughter and talk abounding.

When my kids came along we were still living in New York. It seemed to me the hard times of getting enough money to live on was pasted on to me from my Dad. On Christmas Eve I would receive a small bonus. I then spent the better part of the evening running from store to store getting as many things on the "wish list" as possible. I would work late into the evening, then head home to put up the tree, and wrap presents with my former wife. The kids would be up early eye's as wide as ours use to get.

A couple of years after my Dad's death I found a note book he had used for a journal on the transport taking him to England in 1943. Christmas day he wrote to my Mother "I miss you and Cookie, I hope to come home and spend every Christmas with you both."

In 1974 we moved to Arizona in an attempt to save a troubled marriage. My children grew up in Arizona devoid of Aunts, Uncles, Cousins, and Grandparent for many years. We had our own Christmas's in Lake Havasu, Kingman, Flagstaff, then Phoenix. They now have their own tradition of Christmas Eve at my Son, Christmas Day at my Daughters. I now watch my grandchildren's eyes become rounded on Christmas morning. The same look my brothers and sisters had, the same look my kids had. That look of intense amazement and wonderment.

Just to see that look made it all worth it. Didn't Dad?

Death, the Grim Reaper, The Boatman, so many forms and namesgiven to a moment in time. I think Cary Grant, Fredrick March, and Brad Pitt were some of Hollywood's personifications of death.

The was five the first time death entered my world. My grandaunt's husband died from cancer, I did not understand what that was, nor did I understand what death was. I was dressed up in my Sunday clothes, told how to behave, what to do as we headed to Babylon for the "viewing." It was winter because I remember having my great coat on, with my head covered by a Fedora, quite dapper just like my Grandfather.

The entrance to Boyd's Funeral home look much like the an apartment building. There was a large mahogany door surrounded by a white brick. A carriage lamp separated the door from a small stained glass window to the right Funny how memory works I can see the narrow hallway we entered, then turned in to the room that held our family. The door was about midway in the room, so we had to walk down toward a box covered with flowers. My cousin, who's dad had died, waved to me, I waved back. My action earned me one of my grandmother's "Just you wait until I get you home" looks. Solemnly I approached the box, peeked in to find my Uncle sleeping. I knelt down, said some kind of prayer, as I was told to do, then said I was sorry, not knowing what I had done to be sorry for, to my Great Aunt.

After dinner for the next three evenings we returned to the Funeral home. When ever I attempted to be with my cousin we were separated. Told in loud whispers this was not a place to play. So it all became quite boring for us five year old's. No one explained that the man in the box was never going to wake up. I think it was on the next visited we wandered away from the family. We came upon a smaller room that was empty except for a smaller white version of the box. We approached climbed up on the kneeler, looked in, finding someone our age asleep. I attempted to wake him, but he did not more.

My grandmother found us which earned another "wait until I get you home look." I managed to get back to that room by myself to look at this "me" sleeping. I then knew what death was, however I did not understand why someone my age was there. It was suppose to be an older person not a "me." I just stood there looking trying to figure it all out. Can't tell you what it was that I came up with. I do know that at some point I realised I had no fear of my death.

The next day I watched them put my Uncle's box in the ground. Watched my cousin laughing with her sister. Listened as my grandmother stated "she's to young to understand, one day it will catch up to her." I remember feeling angry for her saying that. My beautiful cousin should not be hurt by anyone. We returned to doing what was life back then until the next death.

We visited Boyd's many time as I was growing up. Boyd's a second "home" in Deer Park where Great Grandpa was "laid out." Each Great Grandparent "passed," then Great Aunt's and Uncle's, Aunt's and Uncle's, friends of the family. The burial ground moved from New York to Florida where Dad, Nana and Pop are. Only my mother and I, in addition to some cousin's, are left to remember these people. Mom and I drag out the pictures saying remember this event or that person.

In the past four years three of my younger siblings have die. It's not suppose to be that way, then the picture of that child from long ago comes to me. What is the way it is suppose to be? I wonder at time's if I'll out live all my siblings?

One of my loneliest feeling is thinking about what it will be like when my mother dies.

There will be no one left to say "Remember..."

Death has come to visit me twice now. The first time it happen was about a week after my Dad died. I knew at the time it was just a friendly visit to say Hi!. A knock on my door to remind me that at some point this life will come to an end. It was Christmas Eve when the Doctor walked in to tell me that I had five years left to live; that was 1987. Then another visit four years ago. "We found cancer we need to operate," they did, I'm still here. Just another friendly reminder that the sand is running low in the hour glass of life.

What will I have accomplished once it's all said and done.

My kids that what!

My wonderful children all the rest is the stuff of illusions.

The only thing completely real is this one instant of the present
Have to dig up the sorce?
Posted by Carl Cooke at 9:32 PM 2 comments: 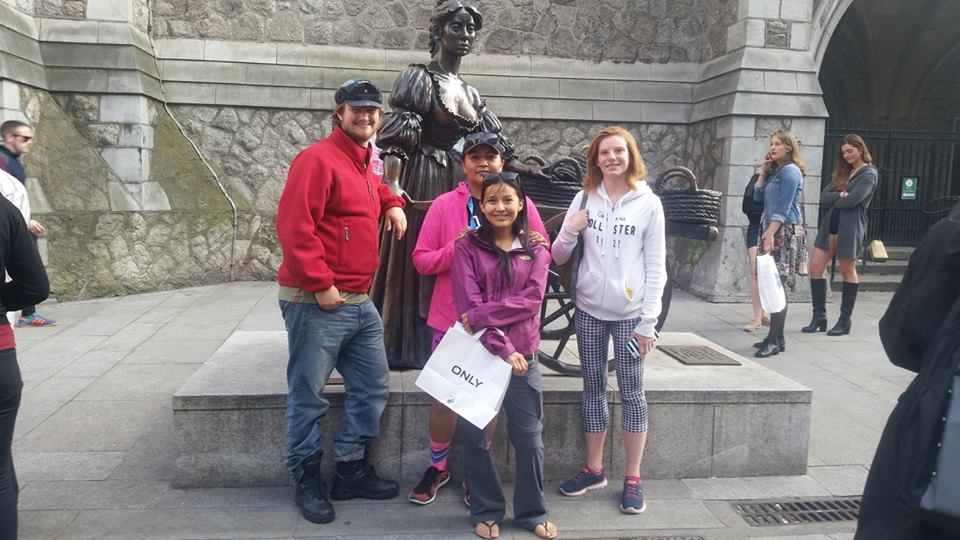